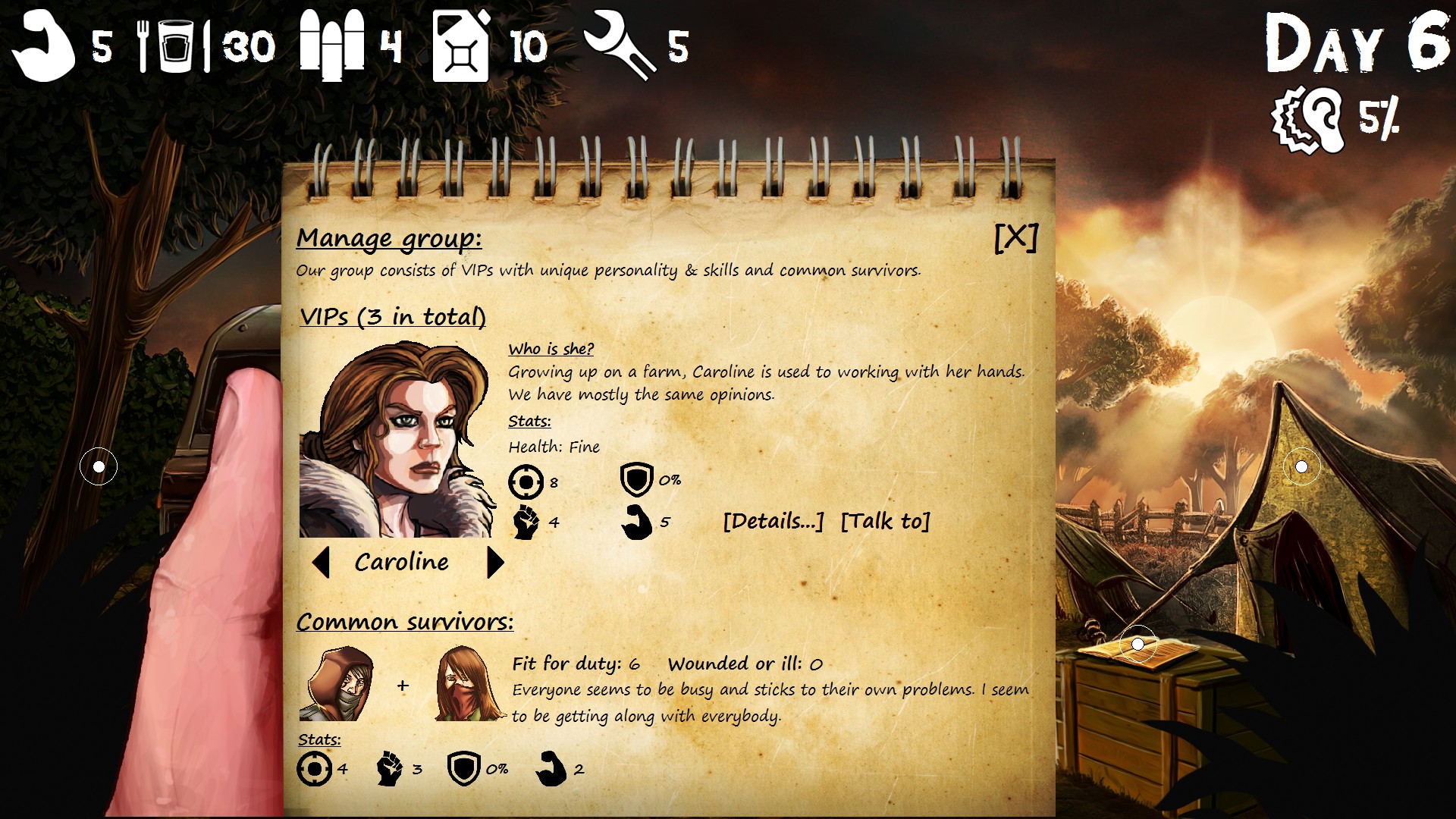 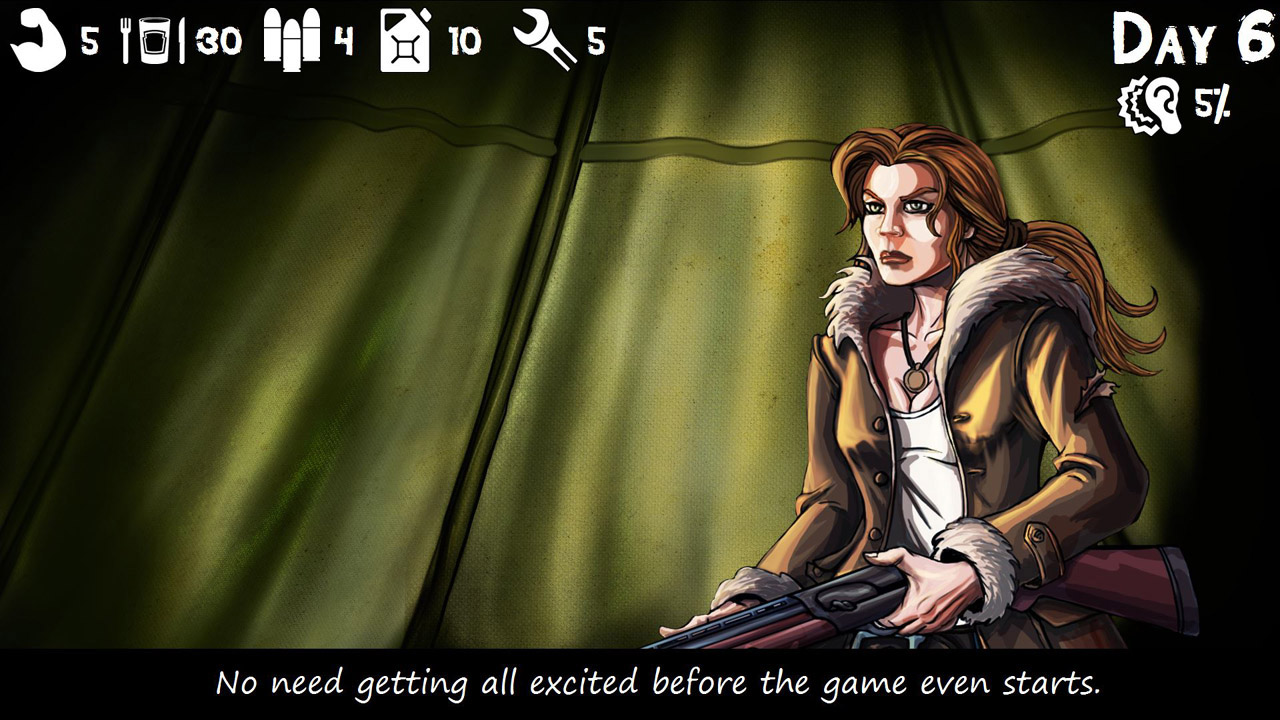 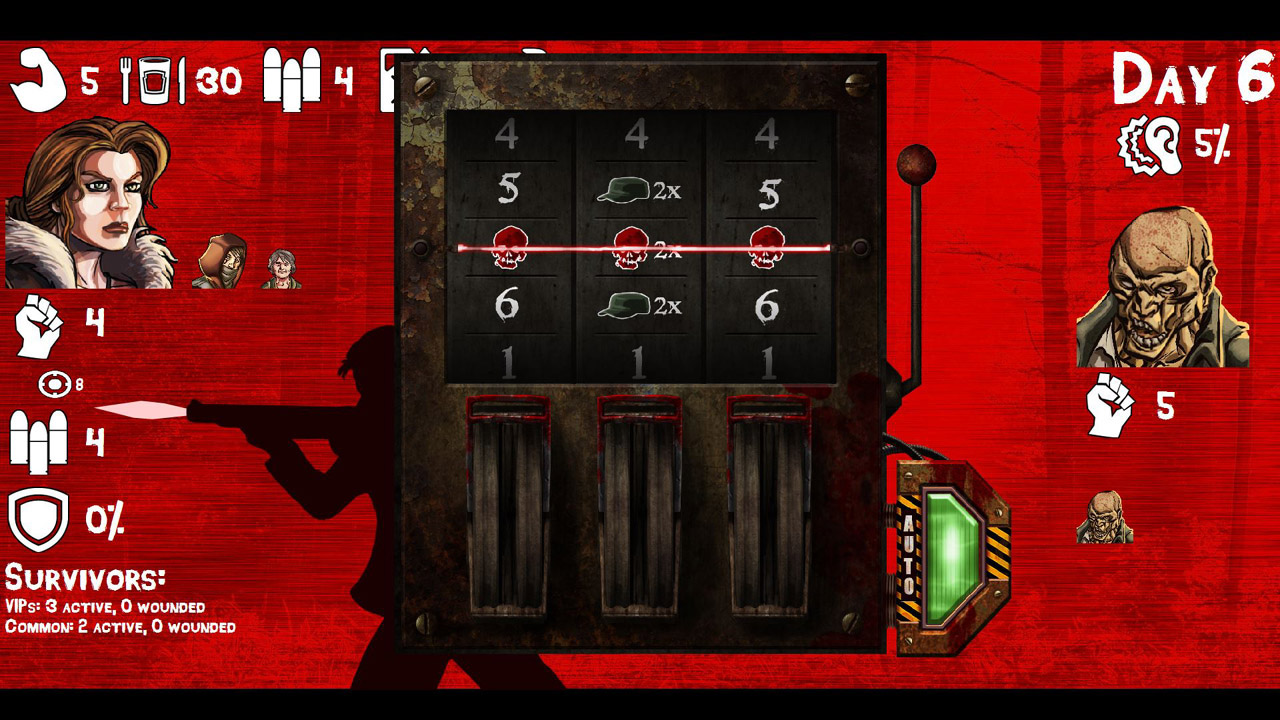 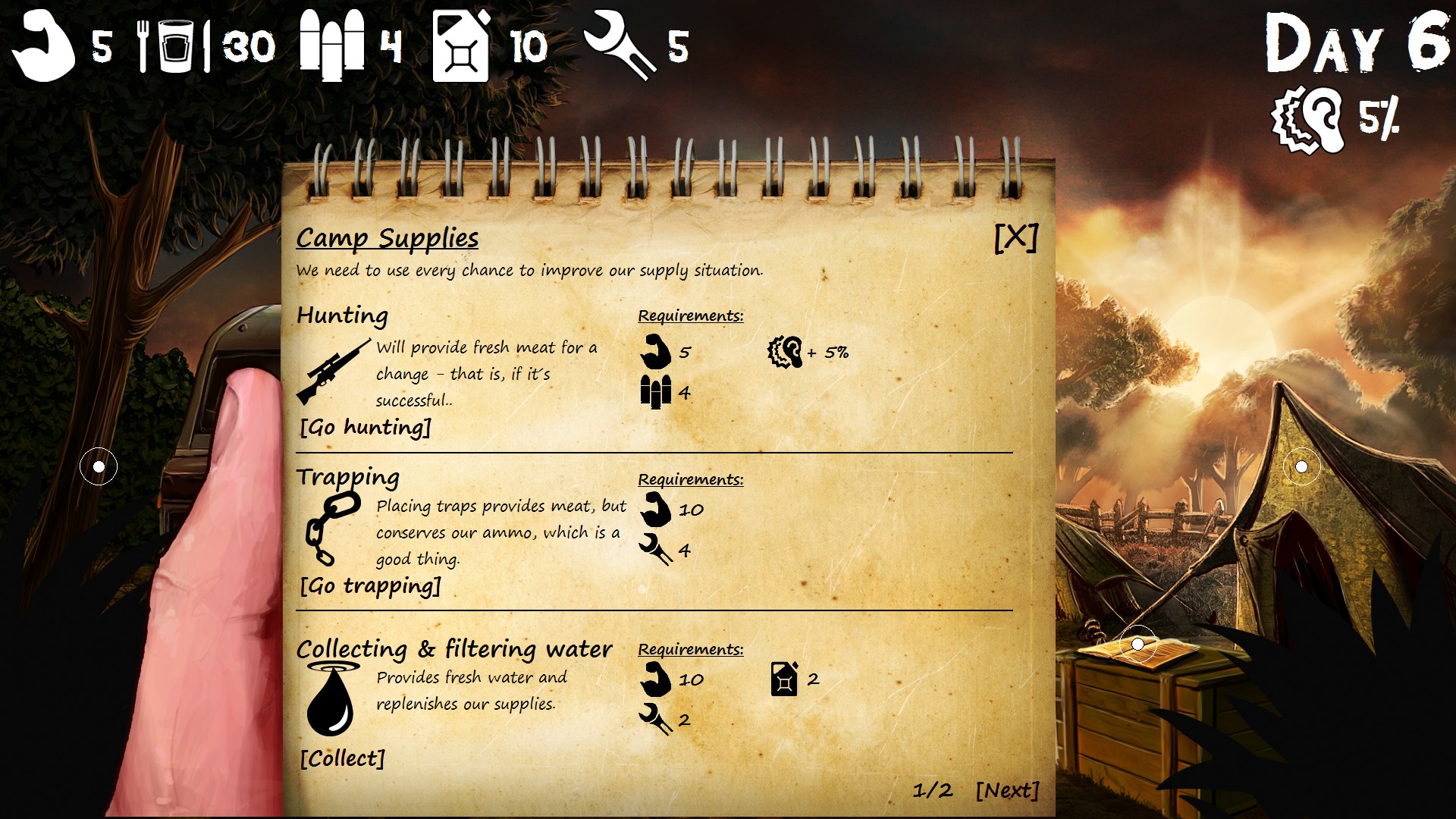 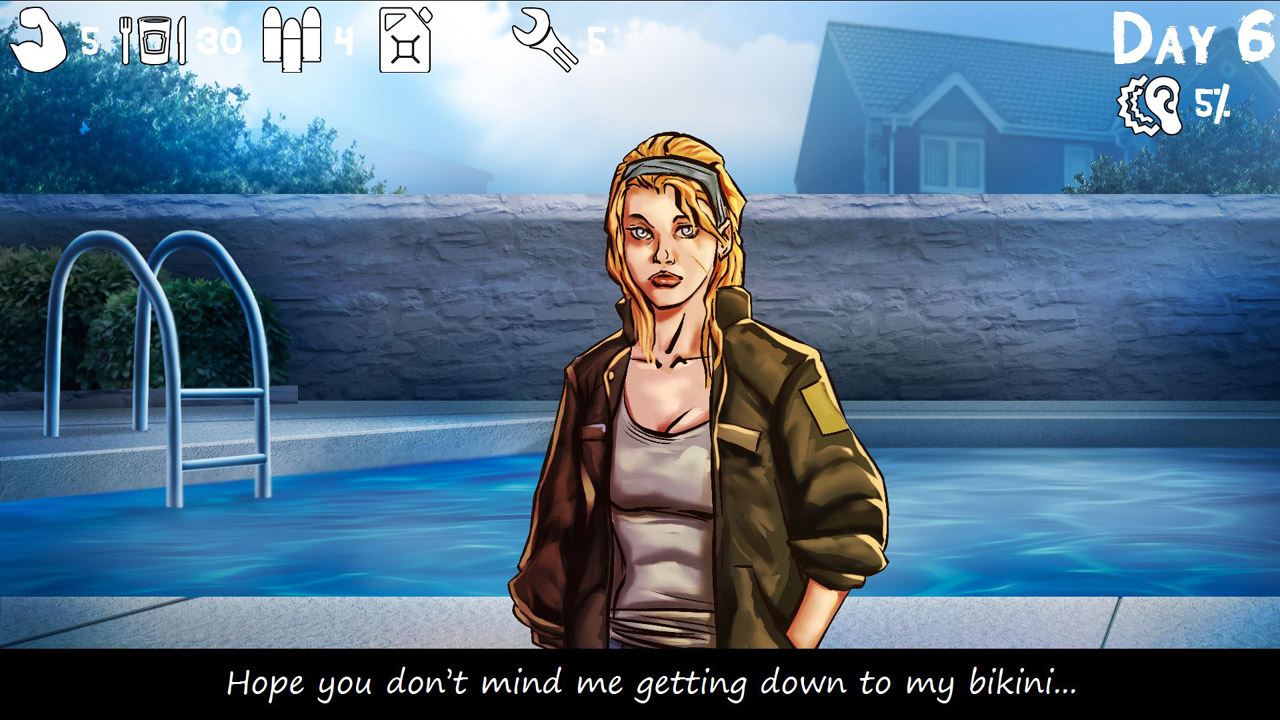 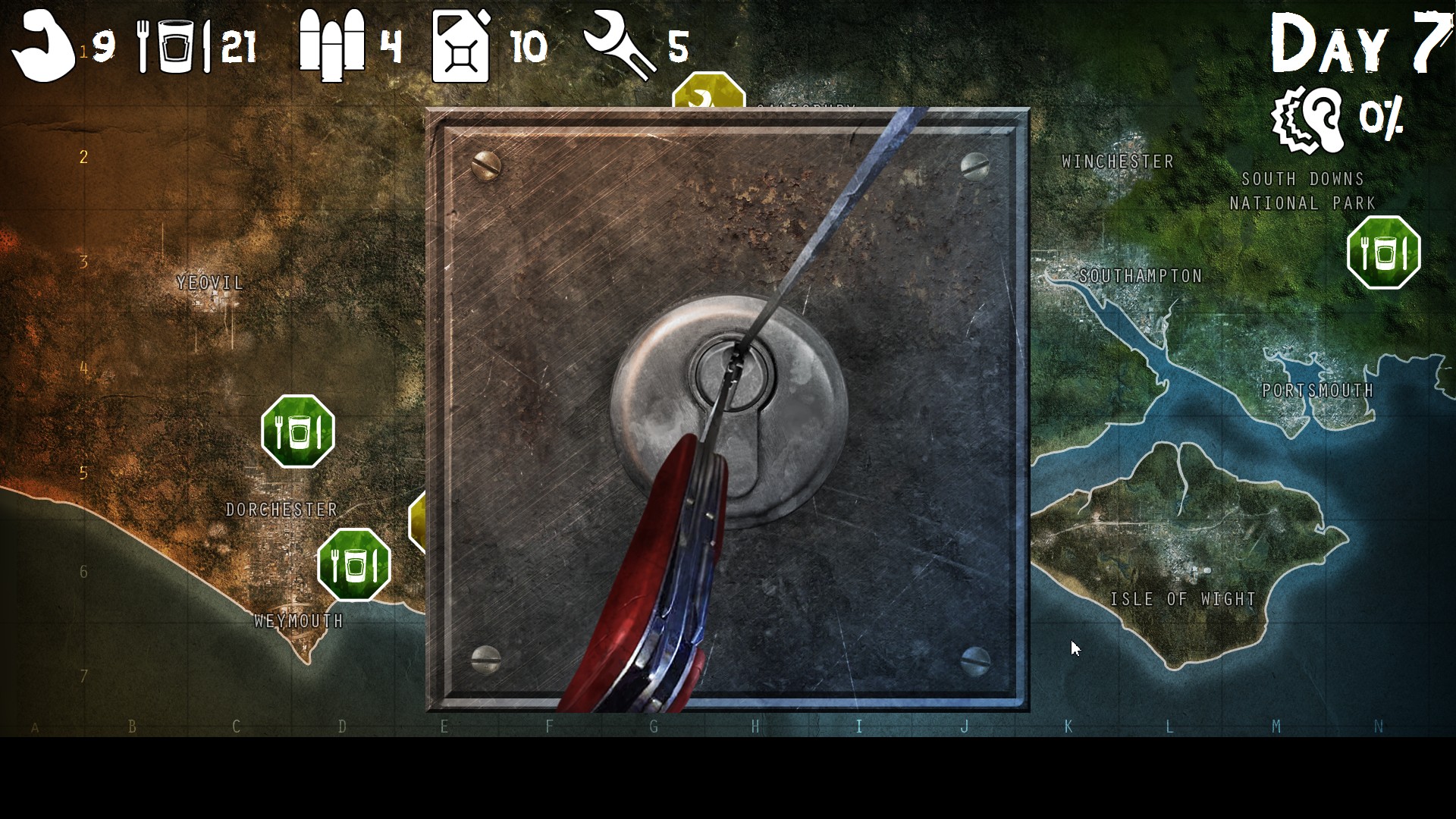 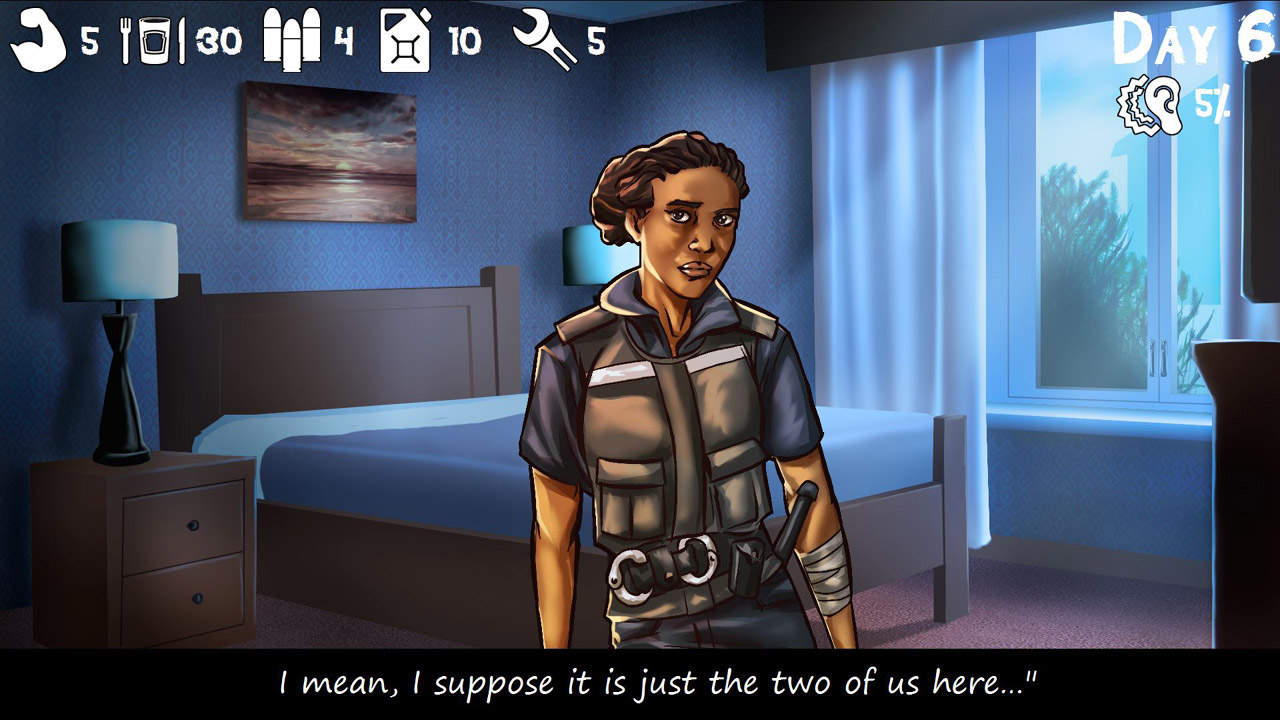 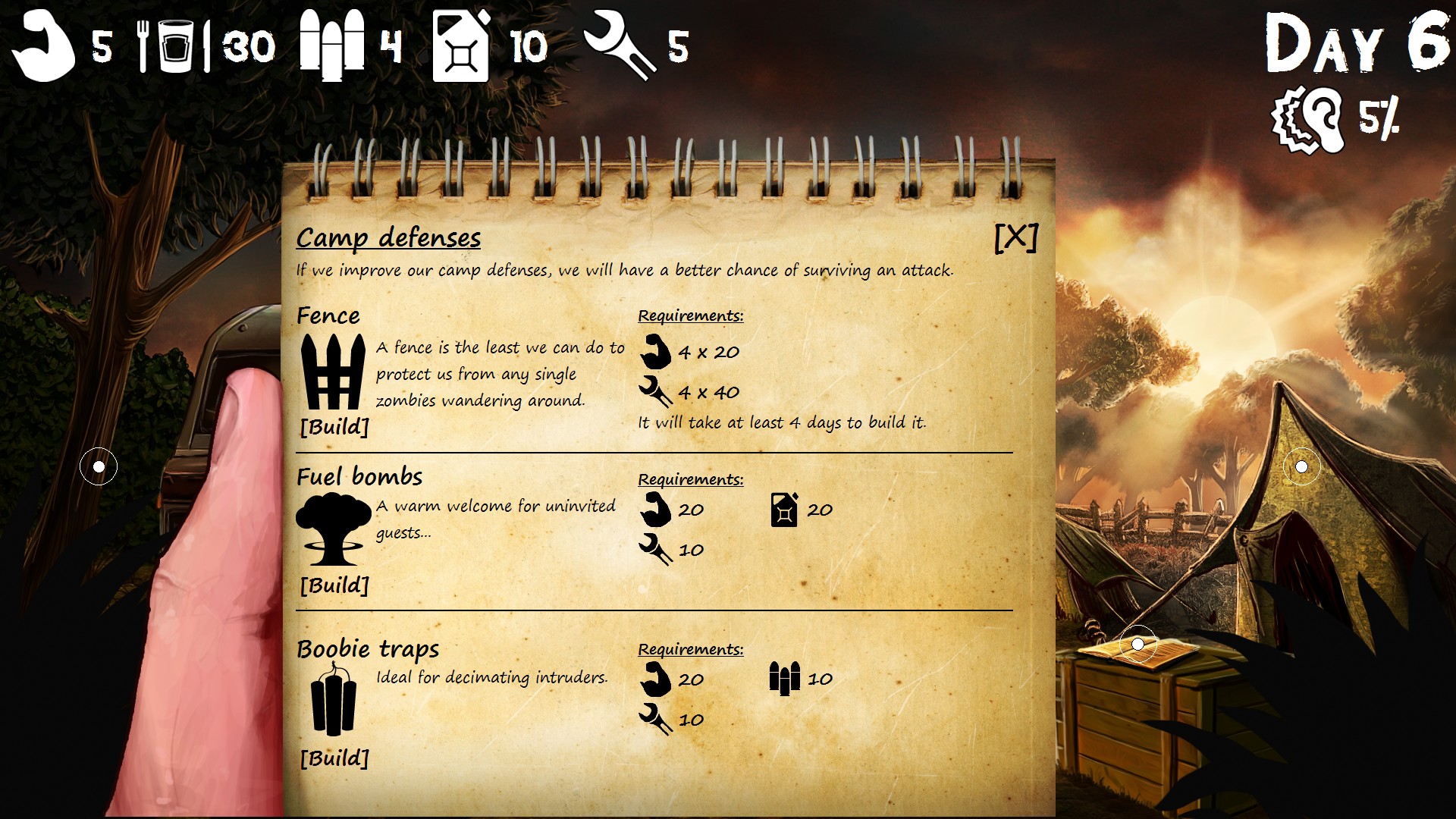 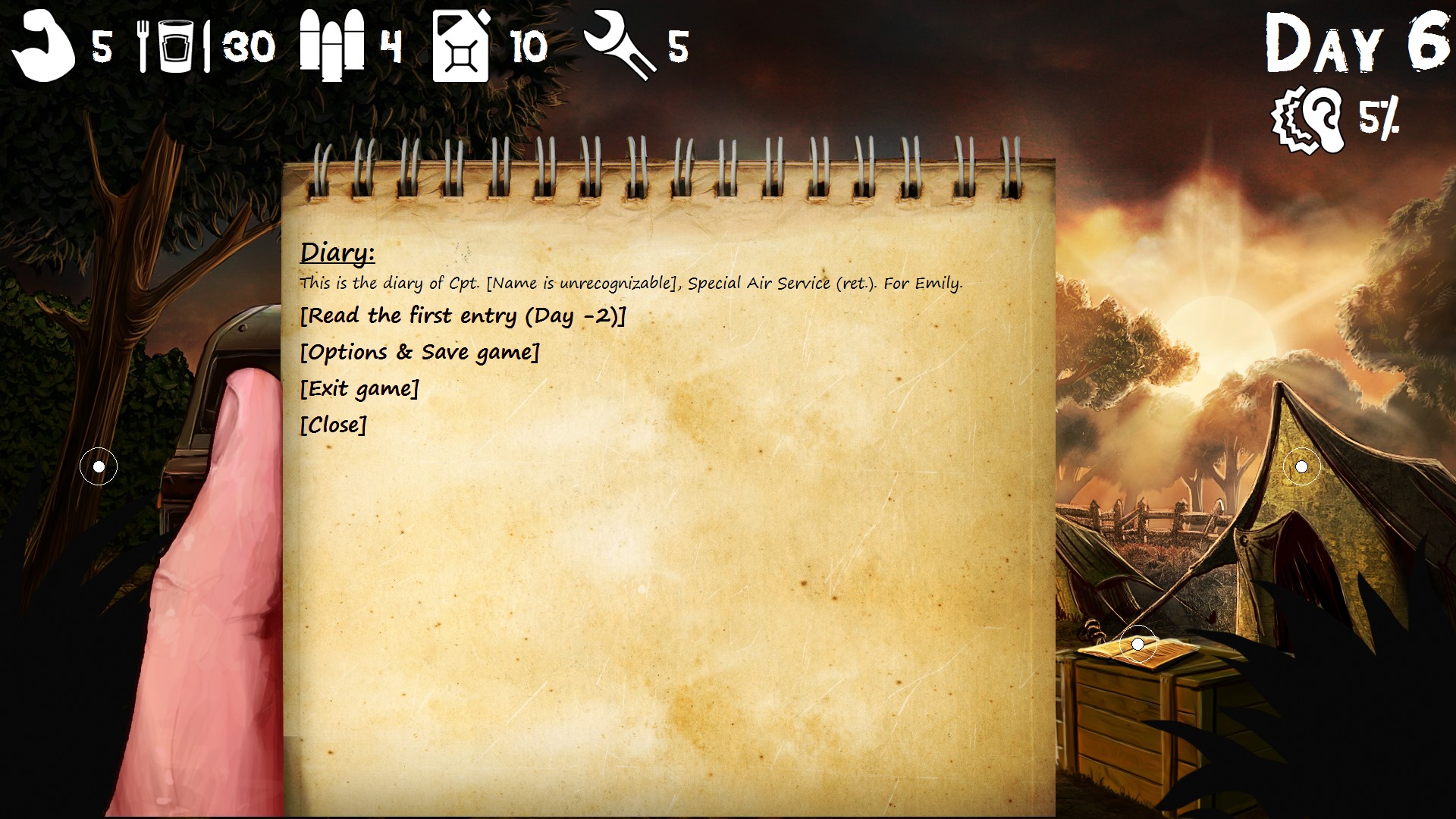 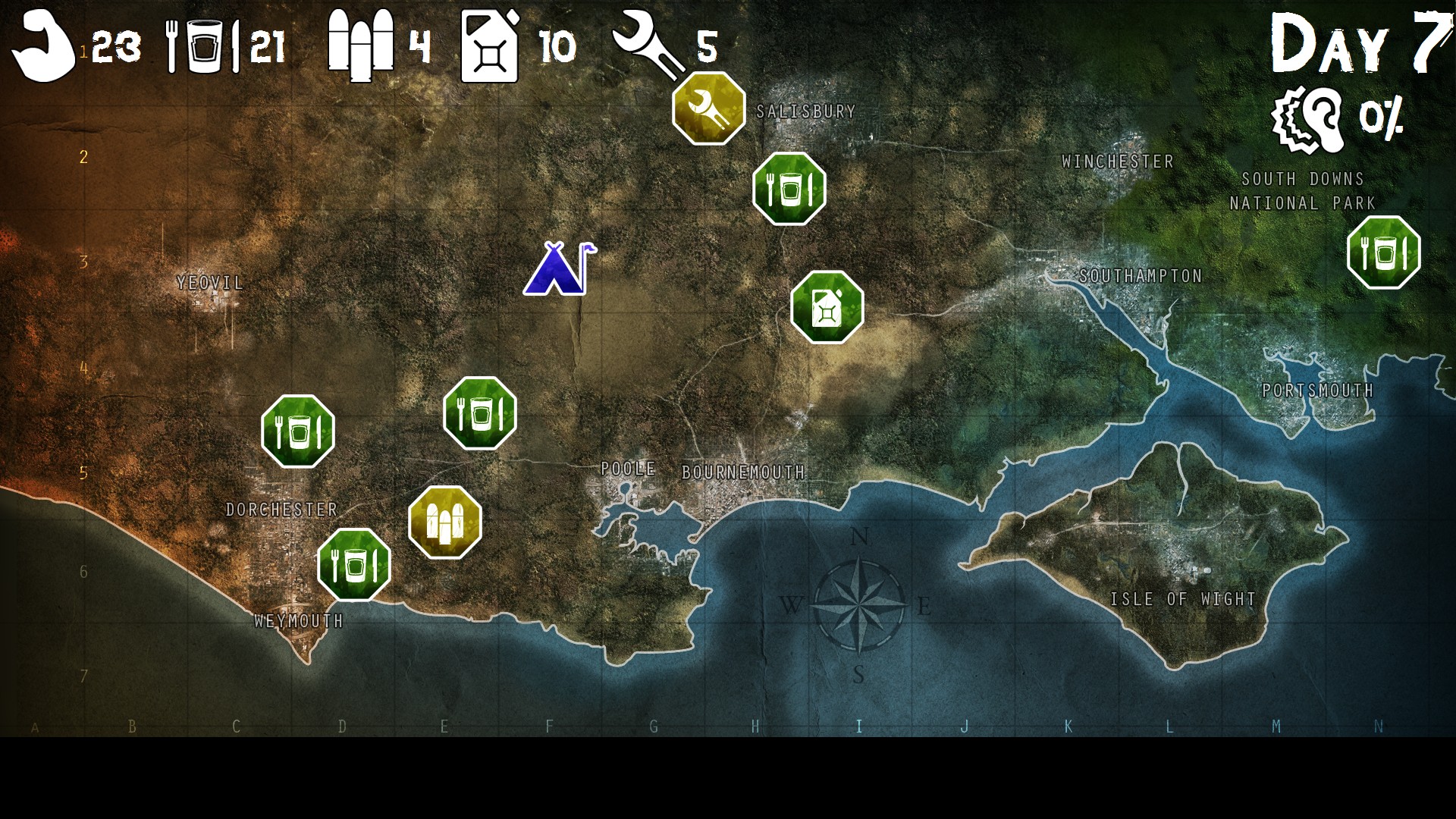 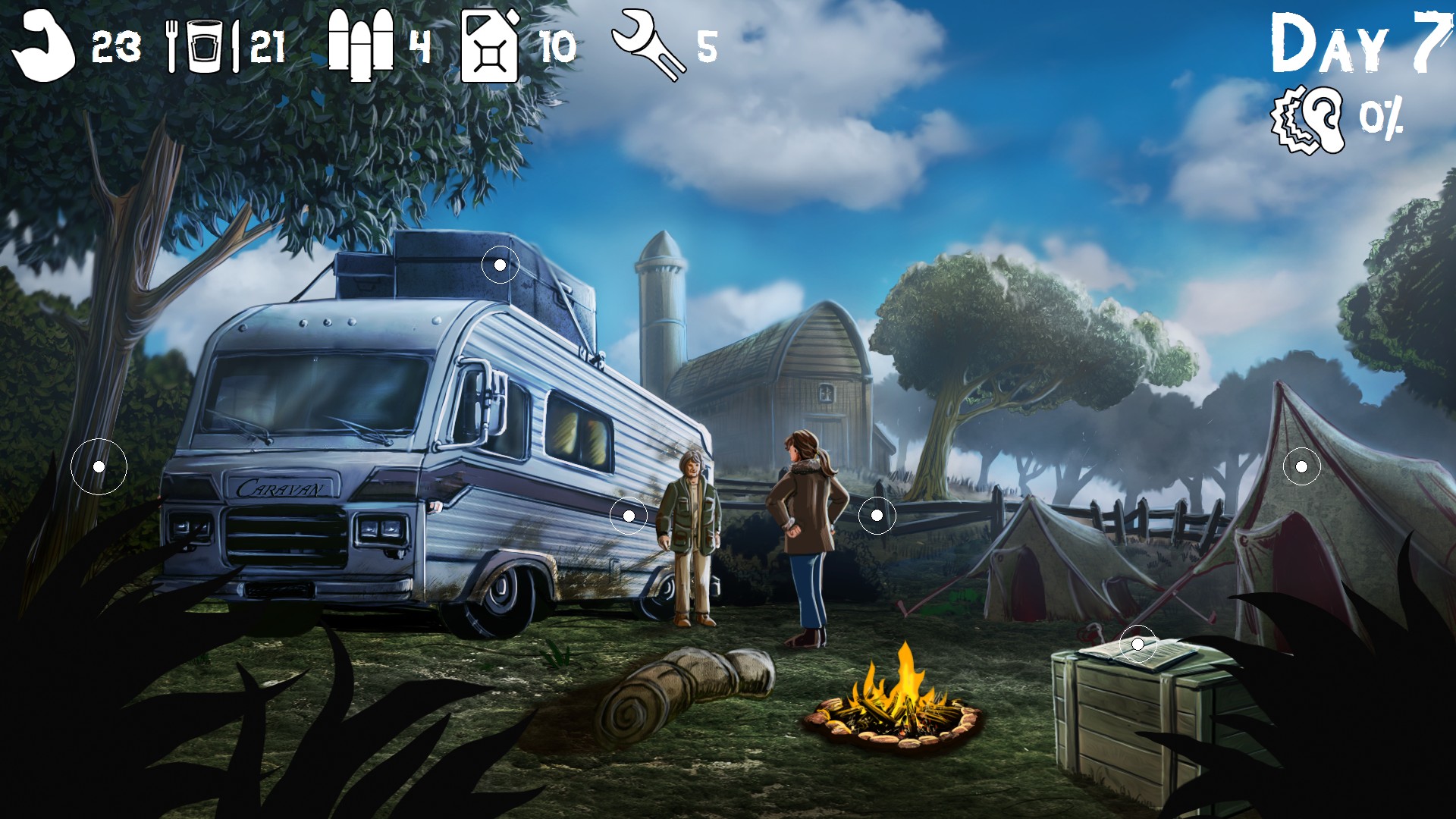 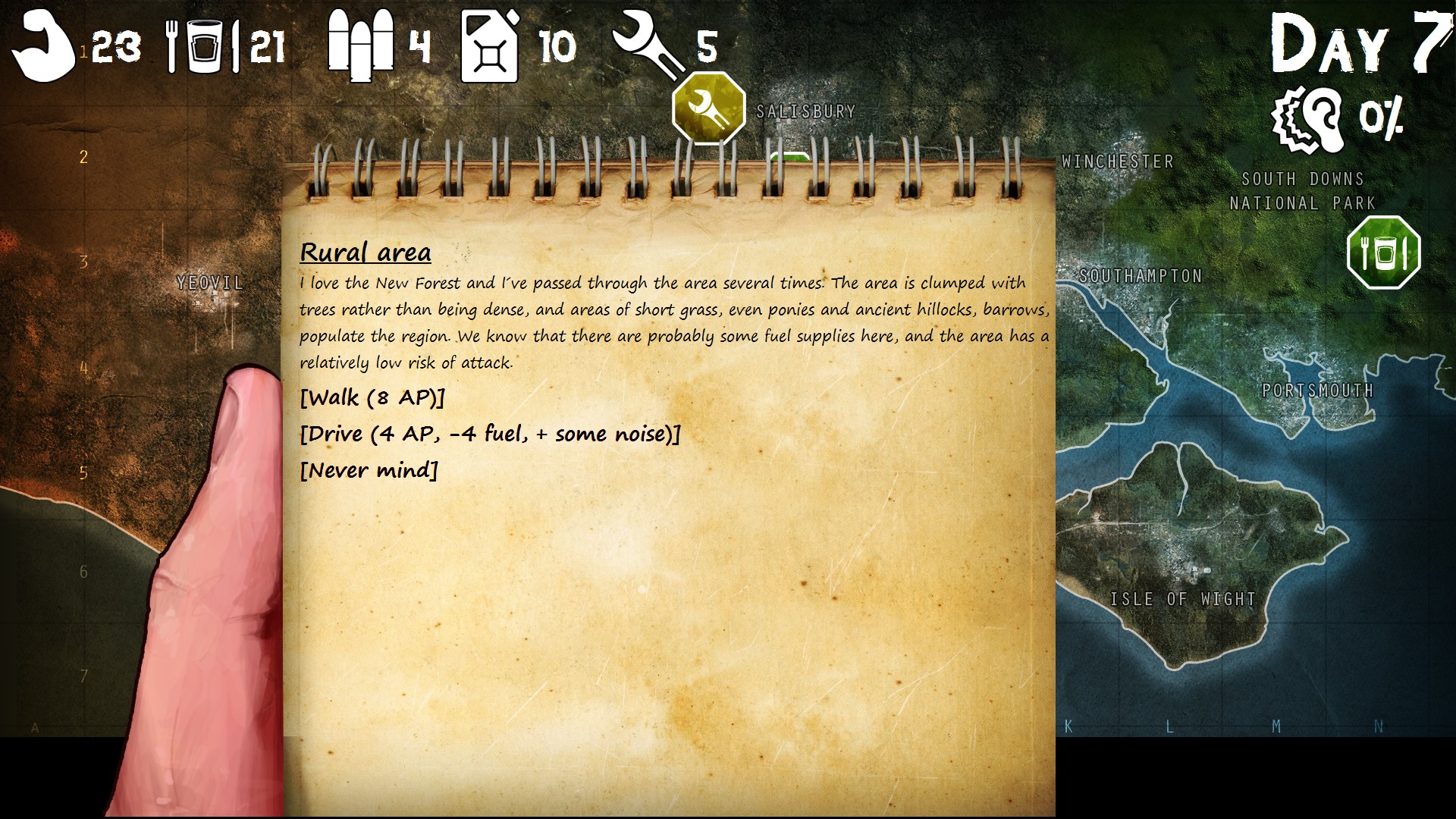 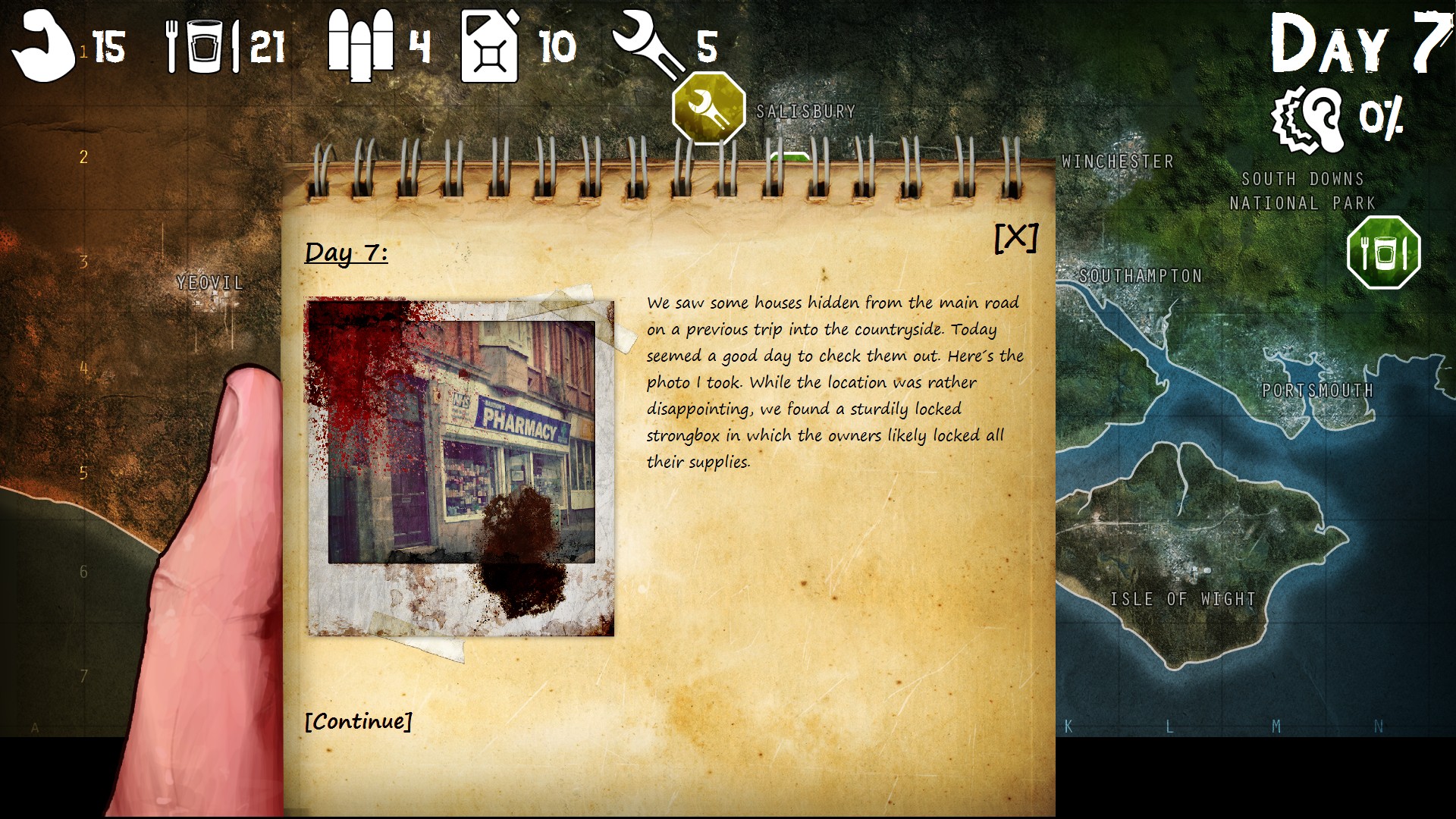 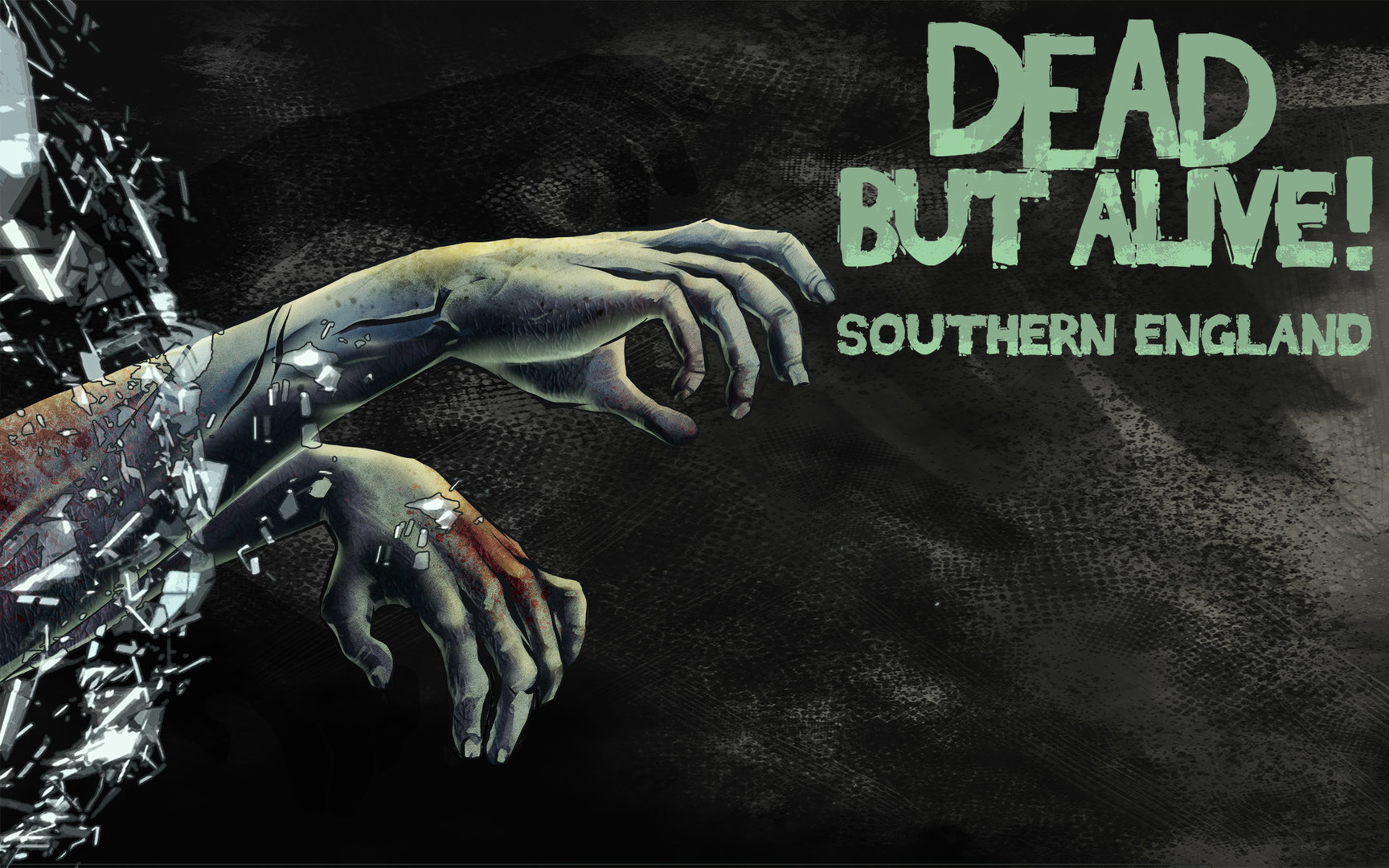 A simple camping holiday for a former ex-military officer, looking to rebuild his relationship with his teenage daughter, suddenly turns into a fight for survival in a world devastated by the undead.

Separated from his daughter, he must lead a small, ragged team of survivors, build a camp, scavenge for supplies and try to stay alive, all while trying to track her down.

The game features a non-linear storyline with moral choices on despair, commitment and sacrifice.